In recent years, numerous studies countries in the world have confirmed a long sit-in will affect their health. According to a survey conducted by the American Cancer Society, women who sit for more than 6 hours a day are more likely to get heart disease and cancer. Compared with women who sit for less than 3 hours, the risk of premature death is higher than 37%. In the same situation, men are more likely to die. It's 18%. Traditional Chinese medicine believes that the concept of "sedentary work hurts the flesh" has been recognized by more and more people, and "standing office" is quietly emerging in Europe and America, because "standing office" makes you healthier! 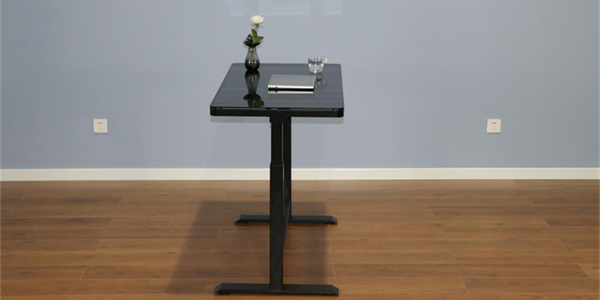 Waist and cervical spine diseases have become occupational diseases for white-collar workers who use computers for a long time. In the major IT companies in Silicon Valley in the United States, it is commonplace to work tightly and work overtime. In order to create opportunities for employees to be hyperactive, a trend of "stand-up office" initiated from Facebook has swept the entire Silicon Valley.
A new standing desk came into being. The height of this desk is roughly slightly higher than that of a person's waist, while the computer display is raised to the height of the face, allowing the eyes and the screen to maintain parallel viewing angles, effectively lowering the neck and neck. Damage. Considering that standing for a long time may cause other problems, there are also matching high stools to choose from. Standing desks have become more and more popular in companies around Silicon Valley. More than 10% of Facebook’s 2000 employees have used them. Google spokesperson Jordan Newman announced that this desk will be included in the company's health plan, a move welcomed by employees.
Facebook employee Grieg Hoy said in an interview: "I used to be sleepy every three o'clock in the afternoon, but after changing the standing desk and chair, I felt energetic all day." According to Facebook's responsible person. According to people, there are more and more employees applying for station desks. The company is also trying to install computers on treadmills so that employees can burn calories more effectively while working.
But standing desks are still difficult to use quickly and widely. Many employers are unwilling to spend too much money to replace their existing desks and chairs. Most companies choose to replace equipment for employees in need in installments, such as priority treatment. For applications from full-time employees and veteran employees, complaints from contract employees and part-time employees can be seen on many forums.
The survey found that most people who applied for standing desks were young people between the ages of 25 and 35, not seniors who were about to retire. This is not because young people are more able to stand for long periods of time than old people, but because computer use has become an inseparable part of contemporary young and middle-aged people's lives, and these people are very sensitive and concerned about their own health problems. The majority of people who choose standing desks are women, mainly because women do not want the problems caused by sedentary sitting to affect their health during pregnancy.

"Standing office" has also been recognized and promoted in Europe. When interviewing at the headquarters of BMW in Germany, the reporter found that employees here would not sit and work as long as they had the opportunity to stand. The reporter saw that in a large office, dozens of employees were working in front of the new "standing desk". This desk is about 30 to 50 cm taller than other traditional desks. The chairs for employees are also high chairs, with only low backs. When the staff is tired, they can rest at any time. This desk can also be adjusted and moved to facilitate the "personal needs" of employees.
In fact, “standing office” first originated in German primary and secondary schools because students gained too fast weight. In primary and secondary schools in cities such as Hamburg, Germany, students attend classes in dedicated classrooms every day. It is reported that the children in these schools lose an average of about 2 kilograms in weight. Now, the German public sector also advocates "stand-up office."
Many German employees believe that standing work allows them to maintain vigorous energy, concentrate more and not be able to doze off. German experts who specialize in health issues call this method "gentle exercise". As long as you persist, the effect is no less than aerobic exercise. Studies have shown that if you stand for an average of 5 hours a day, the "burned" calories are 3 times that of sitting. At the same time, standing weight loss can also prevent and treat joint diseases, respiratory diseases, diabetes, and stomach diseases.
At present, the standing office has moved to Western Europe and Nordic countries, which has attracted widespread attention from the EU health authorities. In China, sub-health issues have gradually attracted attention, and the sitting-stand alternative office has gradually entered various companies; ergonomic computer chairs, lifting desks, monitor brackets, etc. have gradually been recognized and favored by companies and employees. Healthy office will be gradually developed in people's consciousness.